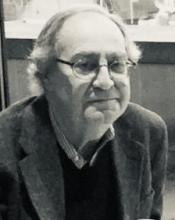 Metin Kunt received his BA in 1965 from the Comparative Literature program at Robert College. In 1971, after receiving his PhD degree in Near Eastern Studies at Princeton, he started teaching at Boğaziçi University, and played an important role in the process of this institution’s transformation from a private college into a research-oriented public university. Active in Boğaziçi until 1981, Metin Kunt directed the Humanities Program, which was the seedbed for the departments of History, Western Languages and Civilizations, Turkish Language and Literature, and Philosophy. Kunt taught at Cambridge University between 1986-1998, and later participated in the shaping of the History program at Sabancı University.

Metin Kunt became an esteemed figure in Ottoman studies especially through his publications on Ottoman administration and the structure of the ruling elite during the sixteenth and seventeenth centuries. His study, Sancaktan Eyalete: 1550-1650 Arasında Osmanlı Ümerası ve İl İdaresi, published by Boğaziçi University Press in 1978, and its English version, The Sultan’s Servants: The Transformation of Ottoman Provincial Government, 1550-1650, published by Columbia University Press in 1983, played a significant and pioneering role in interrogating the “decline” paradigm that had hitherto dominated Ottoman historiography. Kunt published numerous articles on various aspects of early modern Ottoman history, while also authoring source-based studies such as Bir Osmanlı Valisinin Yıllık Gelir-Gideri: Diyarbekir 1670-71 (Boğaziçi University Press, 1981). He also published two edited volumes. With Christine Woodhead, he co-edited Süleyman the Magnificent and His Age: The Ottoman Empire in the Early Modern World (Longman, 1995), and with Jeroen Duindam and Tülay Artan, he co-edited the volume entitled Royal Courts in Dynastic States and Empires: A Global Perspective (Brill, 2011).

We will always remember him not only with his contributions to historical scholarship, but also with his kind, genteel, and generous persona.