New publications by our faculty 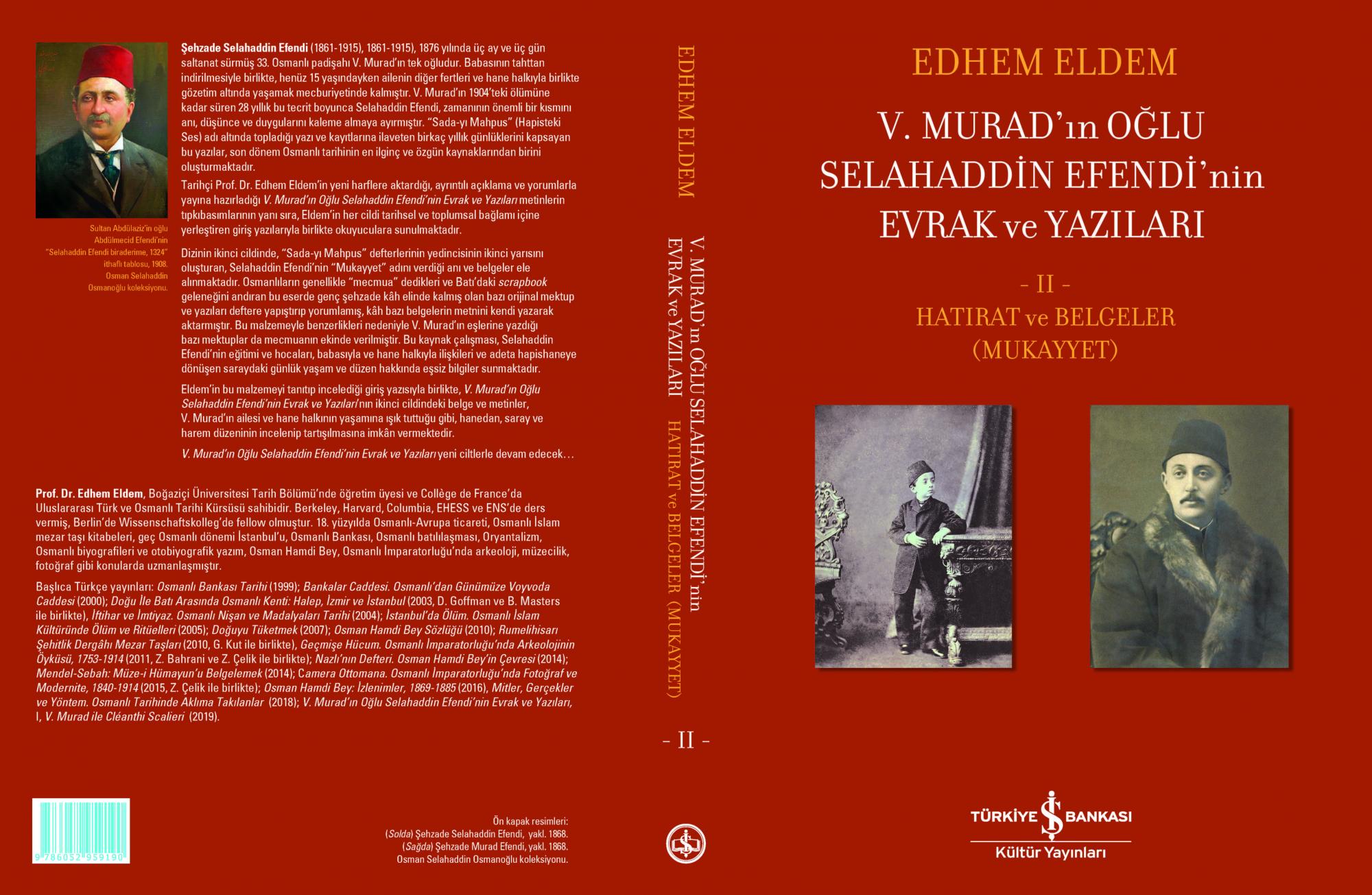 Prince Selahaddin Efendi (1861-1915) was the only son of Murad V, 33rd sultan on the Ottoman throne, whose reign in 1876 lasted for a mere three months and three days. Following his father’s deposition, he was forced to live a life of reclusion together with other family and household members. During this isolation, which lasted for 28 years until Murad’s death in 1904, Selahaddin Efendi devoted much of his time to penning his thoughts and feelings. Consisting mainly of recollections grouped under the title of Sada-yı Mahpus (“The Voice from Prison”) and of a diary covering several years, these writings form one of the most interesting and original sources of late Ottoman history.

Edhem Eldem’s publication of these documents takes the form of a series offering a full and annotated transcription of the text, a facsimile of the original material, and an introductory comment replacing these writings in their historical, cultural, and social context. The second volume of the series covers the second half of the seventh volume of the prince’s recollections, which he has chosen to name Mukayyet (“Recorded”). Halfway between the Ottoman tradition of the mecmua (miscellanea) and of the Western scrapbook, it consists of a compilation of personal and family papers, some original and pasted into a notebook, others dutifully copied, with annotations and comments by the prince himself. Given their similar nature, a small collection of letters sent by Murad V to his wives have been appended to this material. The volume offers precious information on Selahaddin Efendi’s education, on his relations with family and household members, and on daily life in a palace turned prison.