At 9.40 a.m. on 16 March 1920, Andrew Ryan of the British high commission presented the Ottoman prime minister, Salih Hulusi Paşa, with a note informing him that the Allies had declared martial law and occupied Istanbul. Earlier in the morning, British, French, and Italian troops, present in the city since November 1918, had conducted a series of arrests of high profile former and serving Ottoman officials and officers and taken control of multiple government ministries. Allied forces would not depart from Istanbul until 6 October 1923.

The centenary of the official occupation presents a useful moment in which to promote a more comprehensive study of the politics, culture, and society of Istanbul during the period. Despite the wealth of relevant multi-national archival holdings available, the occupation has been largely ignored in public memory and academic writing in the former occupying powers and is often marginalised in the Anatolian-focused history of the War of Independence in Turkey. The few English-language publications to date have focused on international diplomacy around the status of Istanbul while Turkish literature has concentrated on nationalist responses to the occupation, leaving developments in the city itself largely unexplored.

The work of several early career scholars is now making up for this historiographical neglect, and it is hoped that the occupation’s centenary will prompt academics with expertise in the adjacent periods of late Ottoman and early Republican history to extend their research to the years 1918-1923.

The conference will be hosted at the Boğaziçi University Department of History, in partnership with the American Research Institute in Turkey, British Institute At Ankara, and Institute Français des Études Anatoliennes. The participation of the American, British, and French research institutes in Turkey and prestigious local partners will help ensure the promotion of the conference and dissemination of its findings to the widest possible audience, bringing together at times nationally segregated historical traditions and sources.

We invite interested academics to submit a paper title and abstract of 200 words to istanbul19181923@biaa.ac.uk by 1 March 2020. Applicants will receive news of the outcome of their proposals after their assessment by the conference’s scientific committee in mid-March.

Papers must be focused on developments in the city of Istanbul and surrounding area. The following is an indicative list of possible themes for papers: 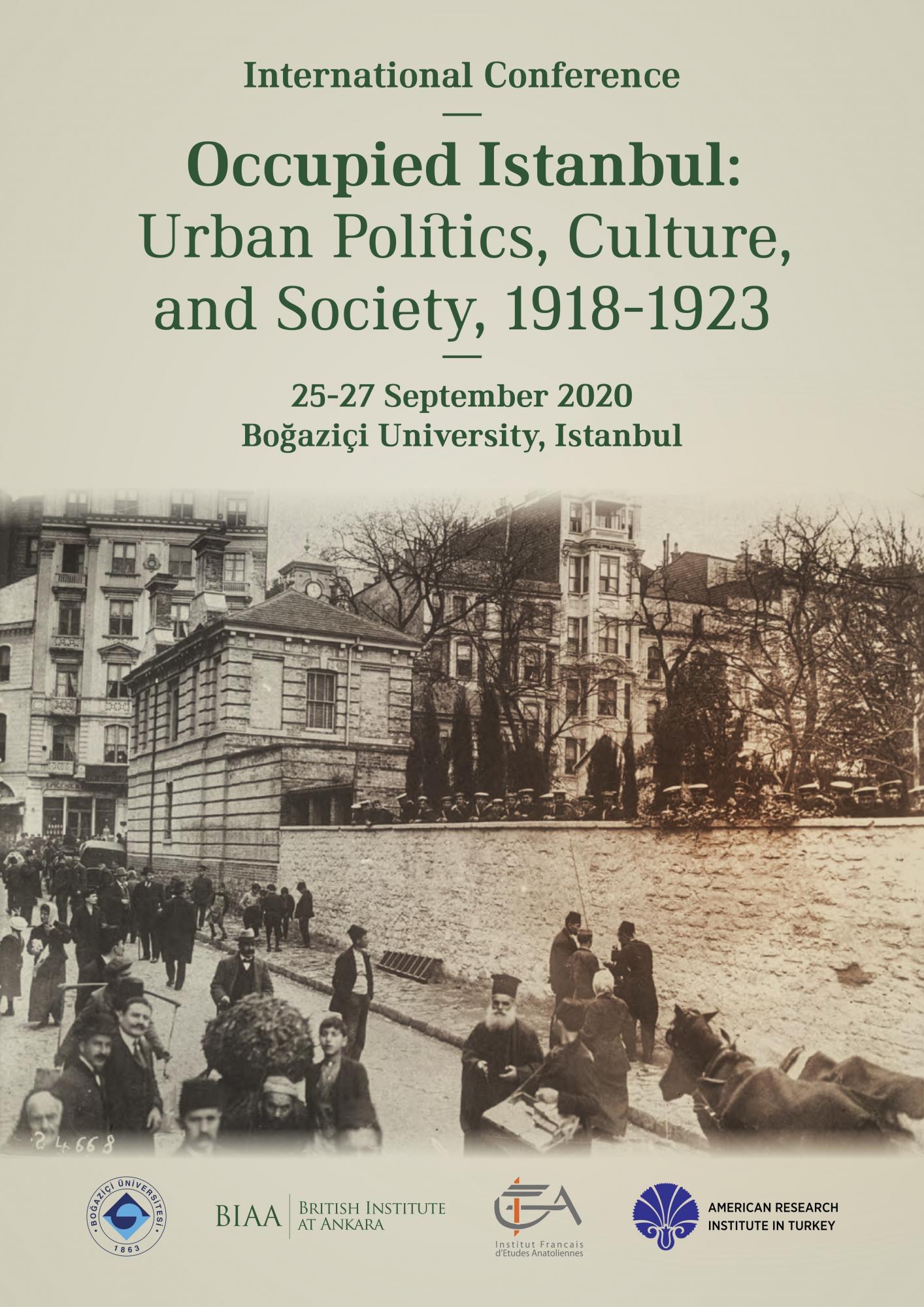